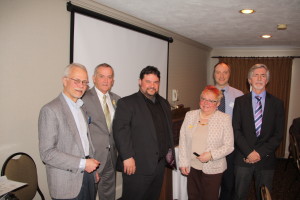 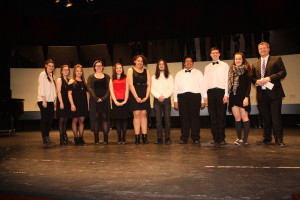 The Bathurst Rotary Club will be honouring three community leaders with the service club’s highest honour, a Paul Harris Fellowship, at a special ceremony and dinner on Wednesday, May 25 at Gowan Brae Golf and Country in Bathurst, N.B.

Mr. Rene Legacy, Mrs. Gail McLellan and Mrs. Cindy Doucet have all been chosen to be recognized for their community service.

This year’s guest speaker will be The Honourable Jocelyne Roy Vienneau, Lieutenant Governor of New Brunswick.

Established in 1957, a Paul Harris Fellowship, named for the founder of Rotary International, honours individuals who have made substantial contributions to humanitarian and educational causes while being leaders in community service.

Founded in 1905 the Rotary Club has grown to become the largest service club in the world.  This year’s Paul Harris Honourees will be joining distinguished ranks.  Mother Theresa, Prince Philip, Ronald Reagan and Clint Eastwood are among those who have also received the honor.  Closer to home, Mr. Cletus Doucet, Mr. Emile Babineau and Mrs. Carmel Hickey were all honoured by the Bathurst rotary Club in 2015.

Rotary International is the world’s first service club organization. Made up of more than 32,000 clubs in more than 200 countries and geographical areas throughout the world, its more than 1.2 million members volunteer their time and talent to further the Rotary motto, Service Above Self.

In addition to supporting Rotary projects throughout the world, the Rotary Club of Bathurst has been instrumental in developing the all-access City of Bathurst Rotary Children’s Playground in Coronation Park, purchased the Rotary Venture Van, developed the Bathurst Volunteer Centre, and provided funds to help purchase a wheelchair ramp and an elevator for the Bathurst Aquatic Centre and an elevator for Holy Family Church.  Proud supporters of the Chaleur Regional Hospital Foundation and the B. E. S. T. group, the Bathurst Rotary Club also contributes to safe grad at Bathurst High School, provides scholarships for students at BHS and École Secondaire Nepisiguit, sends a local student to the nation’s capital each year as part of the Adventures in Citizenship program, supports the Bathurst Area School Milk Fund, local school playgrounds and school libraries.

Topic: Volunteer aide Trip to Nicaragua to build a school, (either finish a previous school building project or start a new one).  Nicaragua is the 2nd poorest nation in the western hemisphere after Haiti with low levels of literacy and lack of schools.

Aide groups are coordinating the efforts of student groups and provide funding for school construction materials and teachers once the school is built.  17 students to go, cost is $4000 per student, each student to pay half of this amount.  Kelly has raised money through several initiatives, e.g. garage sale & BBQ, running a canteen, bingo, car wash. 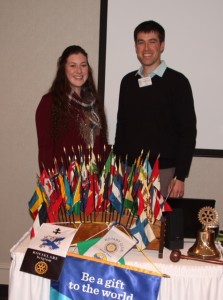 He discussed the exponential growth of carbon use (coal, oil gas) not being sustainable

Continuing Concerns about not addressing the global warming issues, third world companies wishing to catch up, Trans-Canada pipeline not an answer

The big powers (China, US) conceptually on the same page on Global warming, the state of Texas generates over 50% of its power with wind turbines, Stanford University has done studies showing that wind solar and hydro power can replace fossil fuels in the near future 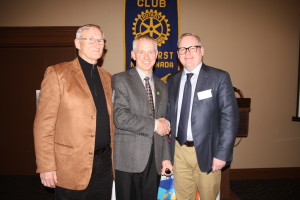 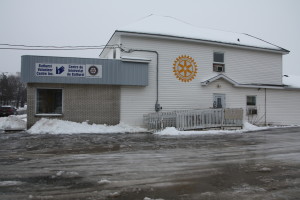